In 13 years we've never lost an animal through our fences. Well, *we* still haven't, technically, but my husband was on the phone with our housesitter today who said that our donkey went through the gate she hadn't shut properly. 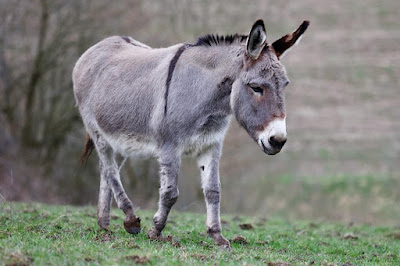 To be fair I often don't shut the gate until it clicks because I'm standing right there and my animals are out at the pasture and I only need a second. That's gonna bite me someday, probably.

The funny part of the story is how my husband told me.

"You know that How I Met Your Mother episode where the Canadian, Robin, was trusted to care for Lilly's baby for an hour?"

"Yes, the episode we just saw in Austria."

"Well I have a feeling this might be happening to us."

See, in the episode, Robin was afraid to tell Lilly how she'd failed to care for the baby. But everything worked out in the end, so she didn't tell her anything.

Then they have a flash-forward sequence where Robin and Lilly and drinking wine and she says, "You know that time I took care of your baby? Well, I made a mistake and let a little old lady hold him to stop him from crying. A stranger. I'm so sorry!"

6 monthts later they're drinking wine again and Robin says, "You know that time I was supposed to watch your baby? And I gave him to a stranger? Well that stranger was actually Mike Tyson..."

6 months later Mike Tyson turned out to actually take the baby into a strip club....

The story got worse each time she told it, and every time Lilly was OK, because the baby was fine, but it was funny.

J said to me this might be happening to us now, because he just found out that our donkey Bellis escaped, due to our caretaker not latching the gate. 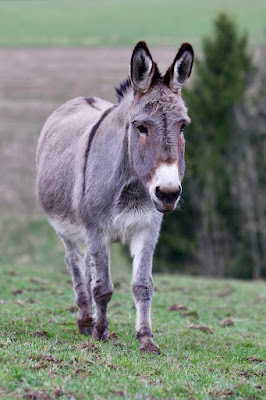 She was able to catch the donkey, but I really want to know what happened.

How far did she actually get? How freaked was my horse? (That I don't need much elucidation for...)