A bit about St Louis

We spent 6 months in America the last year. Lots of blogging to do. Then we went to Austria (my first time) last week, and we're going to a whole new continent next month.

First, after 10 years of my suffering in silence, my husband finally cut off his hair. (I cannot help thinking about Leonard's reaction to Sheldon saying, "In SILENCE? You suffered in SILENCE!?") But I did good. Long ago I learned that asking him to cut his hair only made him want it more. He loved his long hair so much, I gave up and was happy that he wore it in a bun for 10 years.

The other day was the open house for his high school for new kids, and J will be a home-room teacher for some of them. That morning before he went to the open house, I said to him, "After your sabattical, I really thought today would be the day you'd cut your hair, if ever." (Said with a sad sigh)

He'd made the appointment weeks ago, and I wish I'd kept my mouth shut, but it must have been strange for him to have me say that.

He came home with short hair. He looks like the man I married in 2008. (If I could do something so easy to make me look like 2008-me again.....). He's got Edward Cullen hair. Which is funny cuz he met Edward Cullen last week in Austria at the wax museum.

His hair is cut so professionally, he wakes up in the morning with perfect chaotic jagged-cut wisps going every which way, and perfect curls above his eyes, it looks like professional styling. He has said a few times, "Stop staring at me!" : ) In a couple of weeks he'll go from Edward Cullen to Hugh Grant, and I'll learn what I prefer. 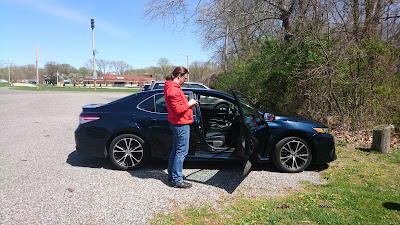 J on our first day in Illinois. That tower behind him must be a tornado siren. 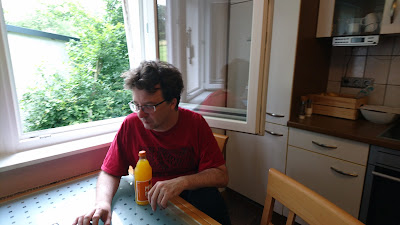 We had such a wonderful time, but not cuz of the city, not cuz of the state, but because of the people. J has a relative living there, Helga, and we got to stay with her a few days. And my favorite cousin, Mark, lives there too. Both Mark and Helga live in rather rough neighborhoods (but only Mark's house has bullet holes). But Mark and Helga hit it off, which made it easy for Mark to say yes to her family dinner invite.

Mark and I spent our youth together living on the same street in South Park, Seattle, and riding bikes together and he was my hero cuz he beat up his sister who was mean to me our entire childhood.

It was so cool, when I called him, he saw the Seattle area code and answered, "Aunt Kathy?" thinking it was my mom. I said, "No, it's her daughter, your cousin. We're going to be in St. Louis in 2 days and want to see you." He was overwhelmed, he never gets visitors, and we are truly the ones who came the furthest, if you count the flight over Canada. He took the week off work!

So what do you guys eat there, tell me something special to your city.

He showed up in his muscle car and took us out to a local Toasted Ravioli House (!?) and I had the most divine eating experience. Toasted raviolis were created by accident in St. Louis when a ravioli fell in the deep fryer.

Here are some pics of my first and only authentic St. Louis food experience: 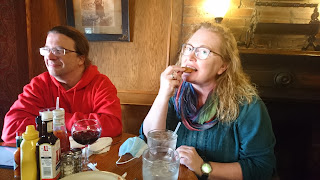 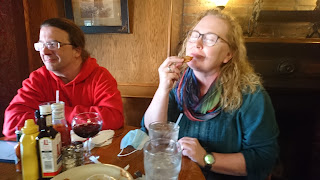 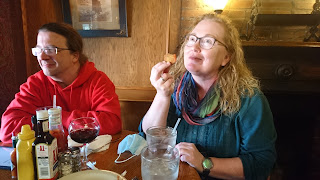 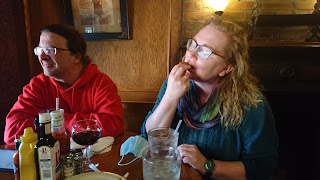 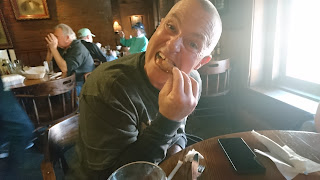 Here's us at the big city park, which has a metal tree. 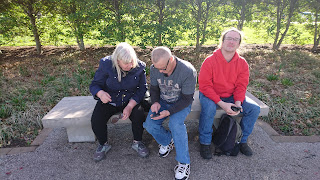 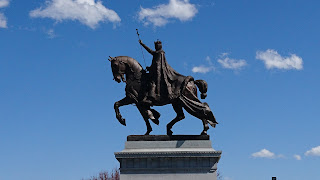 Looks like Germany. This is St. Louis himself (King Louis of France). Mark said that the sword he is holding often gets turned upside down as a joke. 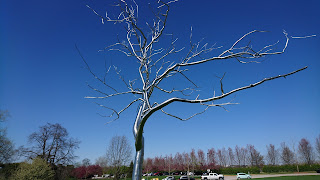 We were hugging this stainless steel tree, Mark and me, like tourists. 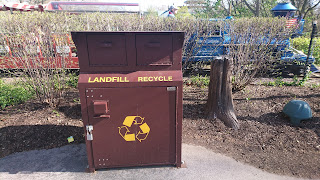 I like how the public garbage uses the term "Landfill" to make it clear where your trash is ending up.

Then there's the arch, which is a national park, and included a security check to get into. We didn't go up, you needed tickets 3 days in advance, but we got to go into the museum underneath it and step into a live-cam simulator that makes you feel like you are up there. The people of this city have good right to be proud of this thing, it's gorgeous. 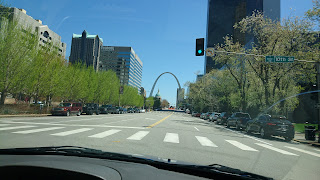 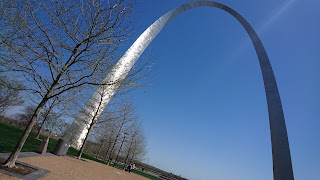 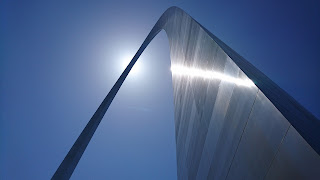 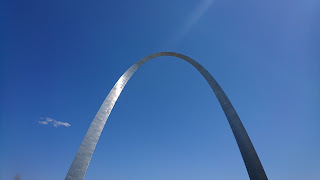 Helga made traditional German breakfast for us each morning, which was very strange to experience in America. More strange than that was the fact we were all speaking German. I kept looking at the electrical outlets in the room, to confirm we were in fact in America. It was surreal. I've never had Germany inside another country before.

On our final day she made a feast and invited her kids and grandkids, some of whom speak German. I asked that we say the Lord's Prayer in German, and J had to lead cuz they didn't know it very well.

I'd never been around kids who weren't on their phones constantly, so it was special. I had prepared a list of game show questions to play with the kids at the table if the conversation was too boring for them. The kids LOVED it. And funnily, their mother said, "Oh, I LOVE Family Feud!" (some of my questions were from that, most of mine were just random trivia.) 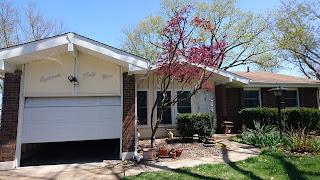 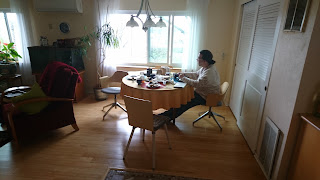 There were actual Cardinals outside the windows, singing loudly. I'd never seen a Cardinal before. 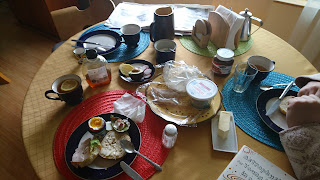 We wanted to see The Confluence, and we did, but this is enough for one blog post.

Love J’s hair! Please tell him that the cut is 1000 times more flattering than his man bun. Not that that matters, but it is what’s inside that counts. But still…. I can see why you hoped he’d cut it.

How are the equines? Have you been riding?

Hi K, thanks for writing. I sure hope he likes his hair cuz I love it. My animals are doing fine, I haven't ridden Mag for a long time because I don't feel safe taking him out in traffic alone. J says I can board him for a few months but I'm not sure how much that will help me when I bring him home again.

J's hair looks great!! Glad you had a nice visit with your relatives in St. Louis, and thanks for taking us along in the memories.