Live every day with Mitgefuehl

My horse and donkey do not know they lost their second best friend last Wednesday. While we were in America, my friend Michi and her husband Gregor came to hang out with my animals regularly. Every 2 weeks or so, and they sent me photos via WhatsApp of their visits here. I'm so grateful for those photos now.

Because Gregor died last Wednesday and Michi is without consolation.

Michi and Gregor used to come to our place every couple months just to lavish our animals with sacks full of dried bread and rolls, and brush them, and then we'd all go on a "Family walk" and J would come along so that Gregor didn't have to listen to us girls talk about horses without end. 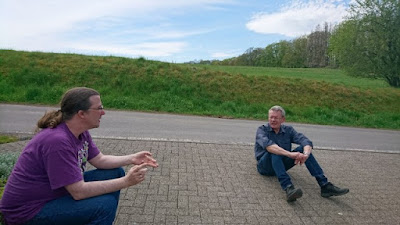 Sept 2021. Gregor was always so fit, he'd just plop down on the sidewalk or driveway, unlike me who likes to have a bench or chair at hand.

Gregor loved fishing and I'm so happy his last month alive he was out on a motorboat fishing up whatever crummy fish Germany has to offer. I always regaled him with stories of the seafood I had in America, things he'd never had such as Lobster and King Crab. And grilled Oysters and Clams and Shrimp as large as a baby's arm.

I know he had a great time fishing the North Sea, and the time is more important than the type of seafood you claim. 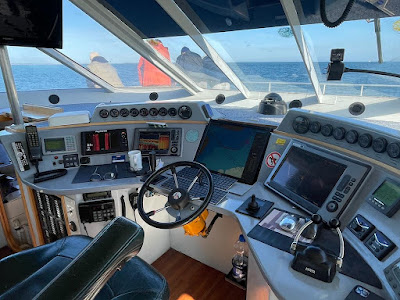 Gregor's last fishing trip, a week before he died. I'm happy to see he had a boat that looks like it doesn't leak, unlike my uncle's boat in Seattle that gave me the best day of 2021 in - bobbing around the Seattle downtown waterfront, overcoming waves from the ferries, drinking wine to not be overcome with terror.: )

I'm so sad to lose him, he was one of the most gentle people I'd ever met. Vulkan-like in expression, quiet, subtle. He was always so happy to be here, like it was a getaway. 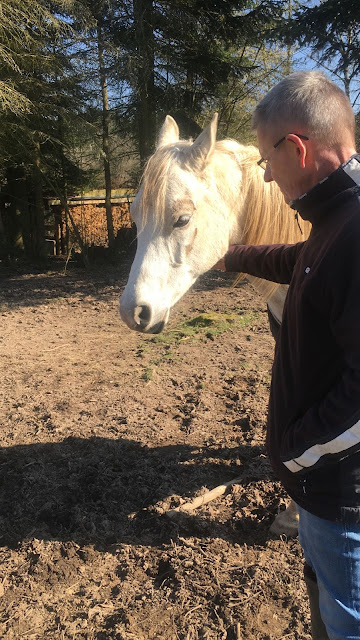 This is the last photo I have of him, with Mag. Michi sent me so many photos of their visits to our home over the year, but I didn't have his face in most of them. BTW as most horses, Mag hates to have is face touched. But apparently Gregor was the exception. If I were to walk out there right now and try to rub Mag's jawline, he'd walk away from me.

Christmas 2020 I made us an outdoor picnic, in freezing weather (I wouldn't let anyone in our home, Corona) I gave them two typical German traditional Christmas indulgences they'd never had before: Roasted chestnuts and Gluehwein (mulled wine) served from my very fancy Japanese teapot out of tiny Japanese cups. It was if we were at a German Christmas market. Why I had to show German stuff to actual Germans is a mystery to me: ) 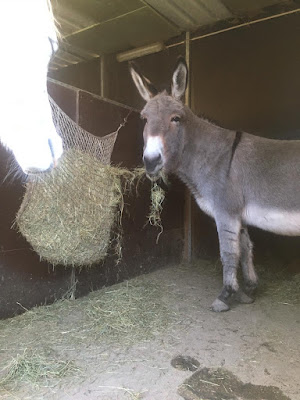 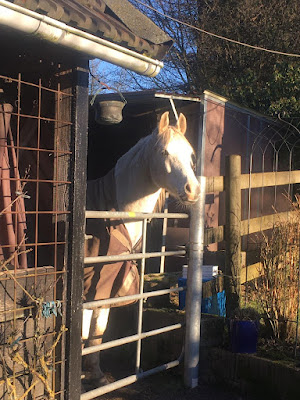 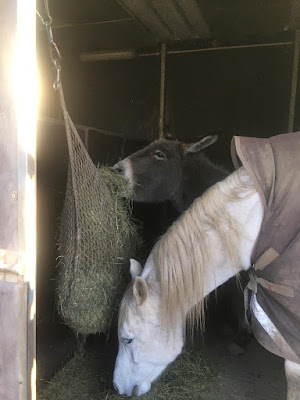 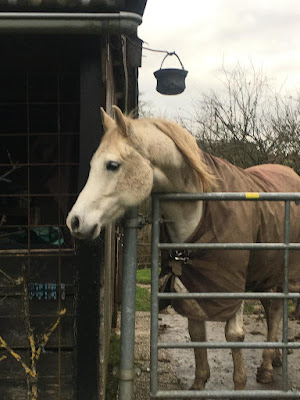 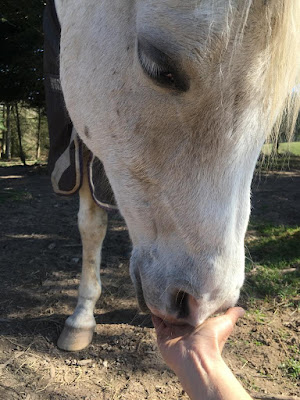 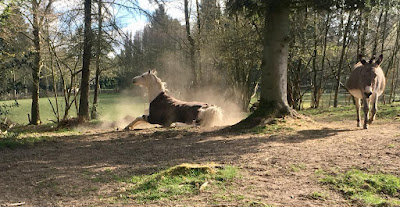 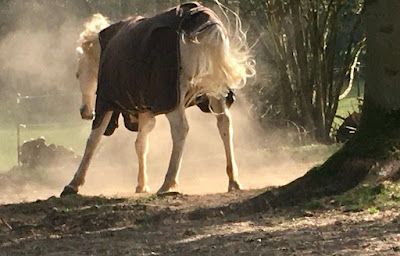 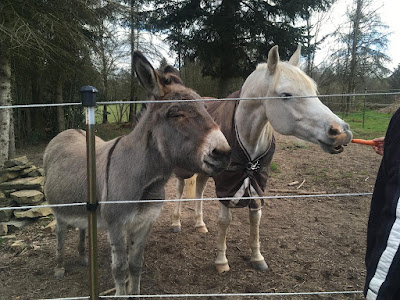 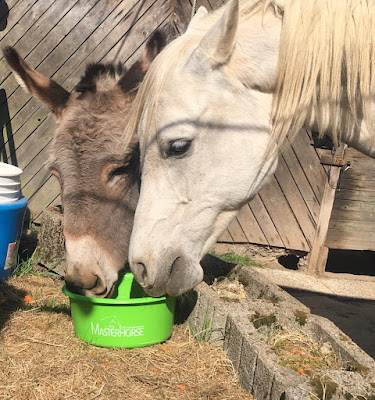 He suffered a heart attack a week ago Wednesday and was put into a coma for 5 days before succumbing. I spoke with Michi on the phone several times throughout that period and I am certain that watching a loved one in a coma is way worse than them suddenly dying.

I have these  few pictures to share that they sent me of their visits to our home while we were in America. How thankful I am to have them. I was saying Hi from Hawaii ,and they were soaking up the simple quiet of our farm.

It can happen to anyone, anytime. I'm so happy she said on their last night together, that she kissed him goodnight. 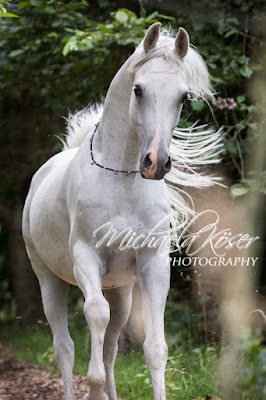 Gregor was the one who faciitated this image - he held Mag back at the other end of the property, and then released him when we called to him. Mag was running between Gregor and Michi and I as she took the photo. And on some close shots he'd return to Gregor, "Again?"

I am so sorry that you lost a dear friend. My condolences to you and Michi.

So sorry your friend died 😢

I am so very sorry to hear about this loss. He sounds like such a wonderful man with a beautiful soul and will be missed by many. Hugs and prayers to all of you.

I'm very sorry. It's been a hard year for so many of us.